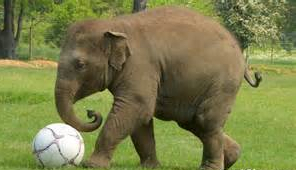 Great new for Elephants! California is the first state to ban the use of bullhooks (scary, mean things). And Kudos to Assembly Speaker Toni Atkins for proposing AB 96 that will tighten the rules by barring the sale of almost ALL ivory and rhinoceros horn in California!  AB 96 passed the Assembly last week & the Senate is expected to next, & Governor Brown should then sign it into law. I’m rolling in mud with happiness!

New York and New Jersey have passed similar laws. GO EAST COAT/WEST COAST! And the U.S. government is in the process of strengthening its laws as well. The Fish and Wildlife Service will be proposing new rules in a matter of weeks that will close the loophole on such sales too. Let’s face it: we all want to save the elephants, no matter how much greed gets in the way.