The Real Dog & Dude behind the Tale

Home → The Real Dog & Dude behind the Tale

The big-love between my brother, Steve, and his first rescue dog, Primo, inspired me to write Pet-Friendly Francie. While the story stars a little girl and is mostly make-believe, some of the wild ‘n crazy antics in this “dog-tale” are true. Such as….

(Psst – while we didn’t really rescue Primo during a 49ers game, my dad, uncle and big-bro are big-time 49ers & Giants fans.)

-Primo DID follow Steve to school everyday.
-The teachers truly adored Primo and let him hang out in class.
-Primo was featured in the school’s yearbook and newsletter, with the heading “Best Attendance”
-The principal DID BAN Primo from school. Later Steve threw a bucket of water on the principal, which landed him in big trouble! Luckily, the principal forgave him, and we forgave the principal.
-Primo DID jump our six-foot fence, clawed a hole in our screen, and pulled a towel off the counter to cover a boo-boo.
-My dad really did, as a last straw, secure Primo to our backyard tree, and our neighbor did find Primo “just in the nick of time.”
-My parents did rescue another furry friend for Primo.
-My dad really is a PET (physical education teacher) and grew up in San Francisco
-My mom is truly wild about animals, especially elephants (my sister too. I call her Assisi, after St. Francis)
-My little brother doesn’t eat anything with eyes. And Steve, a big Best Friends Animal Society supporter, grew up to be a true leader of many packs. 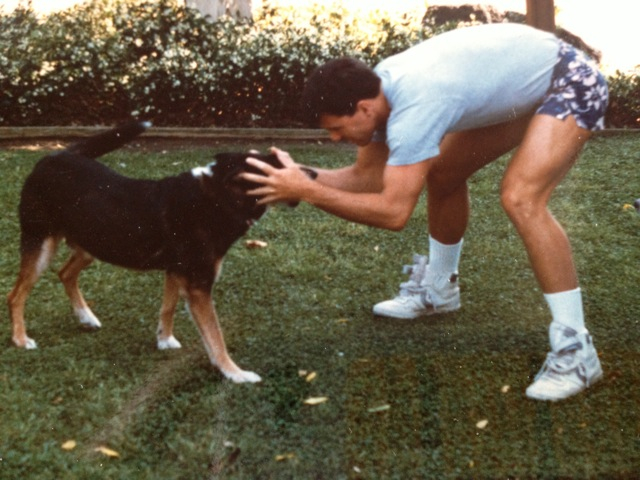 Primo and his numero uno packmate – my big brother.

Primo getting ready to play ball. 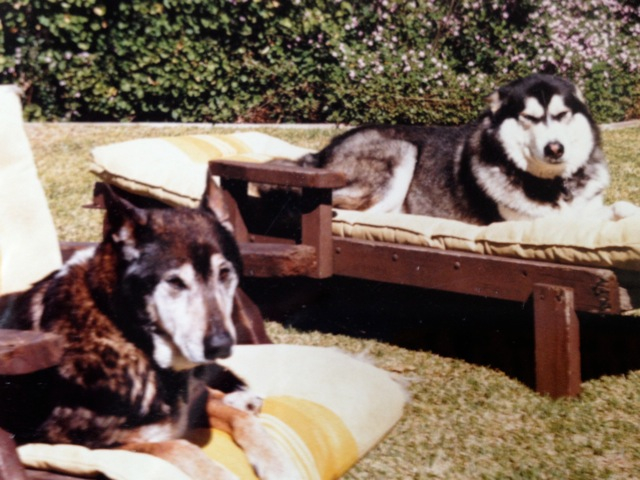 Primo, who lived to be almost 20, lounging with his buddy Buck. 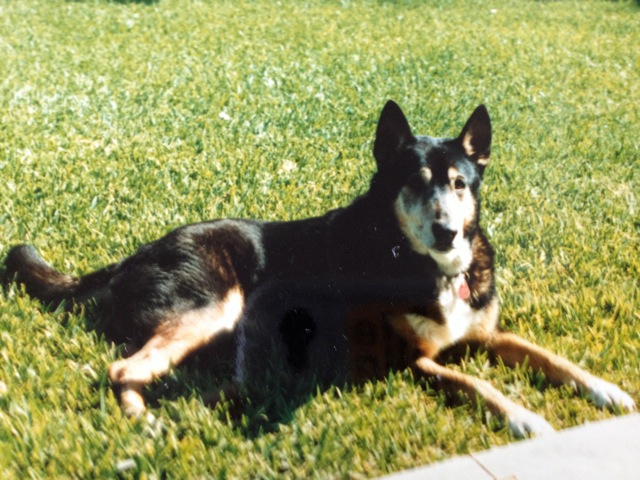 Primo in his prime.