The Prince of Rhino Conservation

Home → The Prince of Rhino Conservation 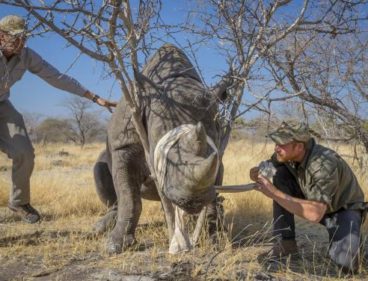 Prince Harry declared today his determination to lead the charge to save the African Rhino. Goooo Harry, our Prince of Conservation!

“The black and white rhinos are animals that deserve the utmost respect. If we can’t save these animals, what can we save? It’s about time we start celebrating and supporting the countries that are taking the lead in conservation.”

On becoming Royal Patron of RCB, Harry added: “I’ve been lucky enough to visit Botswana for more than 20 years and am incredibly fortunate to be able to call it my second home.”

The black rhino is critically endangered, thanks to poachers who supply the rhino horn trade. But with Harry and Botswana working together, their numbers are increasing.

Big Heartfelt Kudos also go to the many animal welfare organizations around the world like Sheldrick Wildlife Trust, PAWS, and World Animal Protection (all mentioned in Pet-Friendly Francie!), working to save all our endangered wildlife for future generations.