UPROAR over Cecil the Lion

Home → UPROAR over Cecil the Lion 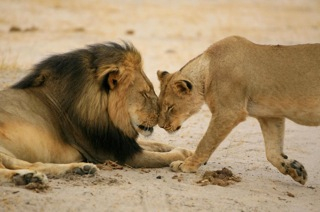 This beautiful, gentle lion – one of the oldest and most famous lions in Zimbabwe – was illegally murdered by an american trophy hunter. Since Lions, like so many animals, are ENDANGERED – please sign Avaaz’ petition to place lions on the Endangered Species list once and for all. Also, to ban endangered species from being transported on airlines will stop trophy hunters in their tracks.

May Cecil’s suffering and betrayal at the hands of a group of barbaric humans, serve a greater purpose to help all animals. If we don’t care for wildlife and preserve it, humans will also make the endangered species list.